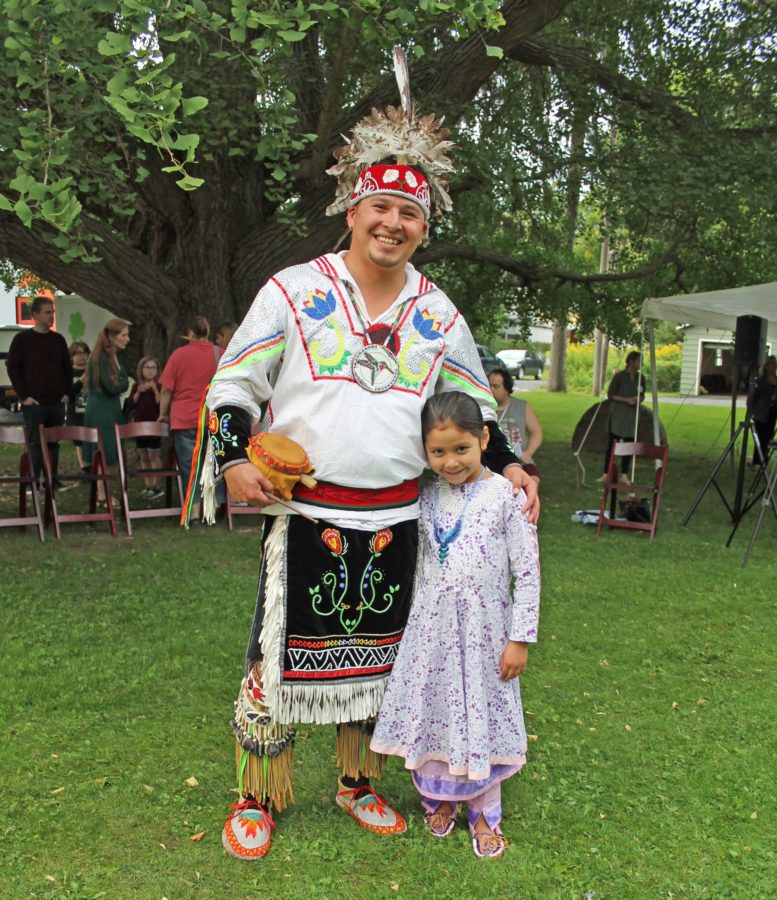 Haudenosaunee dances and lacrosse stick making will be featured 5 to 8 p.m. Sept. 6, 2019. The event will be held on the back lawn of the Cayuga Museum of History and Art, located next door to the Schweinfurth at 203 Genesee St., Auburn. In case of inclement weather, the event will be moved indoors to the Carriage House Theater.

Ron Patterson, an Oneida Turtle Clan member and the only remaining Oneida Indian Nation lacrosse stick maker, will demonstrate how he makes lacrosse sticks. He asks the Creator for help in picking the right tree in the forest and steaming and bending the wood into a traditional lacrosse stick shape.

Chris Thomas, one of this generation’s most celebrated smoke dancers, uses his performances to teach about Haudenosaunee culture and history. Thomas and four Smoke Dancers will perform social dances, including the Rabbit and Old Moccasin dances.

The Native American event is organized by the Schweinfurth and folklorist Beth Bevars, a Seneca County native who is the Upstate Regional Representative for New York Folklore and a consultant for the Schweinfurth on this project.

Musical entertainment will be provided by Ahmad Akhlef, a traditional oud player and refugee from Syria who fled to Jordan after his home was bombed. He moved to Syracuse with his family in 2016. He will perform three 20- to 25-minute sets at 5:30, 6:10, and 6:45 p.m.

Nada Odeh, a Syrian artist, activist, humanitarian, and poet, will give a presentation on Arabic calligraphy. Odeh was born and raised in Damascus, Saudi Arabia, and the United Arab Emirates before coming to the United States in 2013.

Food will be provided by two women, Nihad Aldwas and Nujoud Makhlouf. Aldwas, who fled Syria for Jordan due to the civil war and came to the United States three years ago, will provide flatbread and other traditional appetizers. Makhlouf, who grew up in Syracuse, learned her cooking craft from her Palestinian family. She will provide coffee or tea, traditional appetizers, and baklava.

The Middle Eastern event is organized by the Schweinfurth, Bevars, and Odeh.